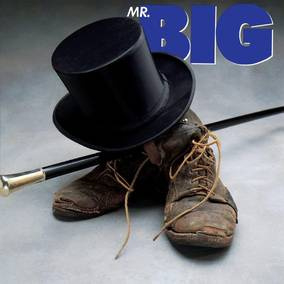 Mr. Big, the self-titled debut album by the American rock supergroup. Produced by Kevin Elson, the album proved a commercial success, reaching #46 on the Billboard 200 chart. Lead-off single "Addicted to that Rush", featuring the band's aggressive guitar and bass playing, brought the group mainstream attention with over 300,000 copies sold. Several of the songs from the album became live staples of the band and have since been included in various live albums.

evoXS has remastered this celebrated classic using hi-resolution digital transfers from the original analogue master tapes, and it comes first for RSD Black Friday as a high-quality 180g vinyl LP. The limited numbered LP, in a single pocket, individually numbered jacket with a double-sided insert will be available with only 2,500 pcs of the Solid Blue vinyl for the US