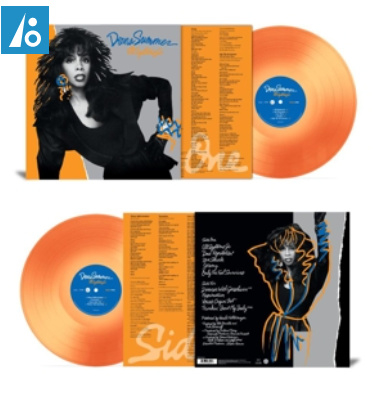 • Within a year of her ground-breaking Double-Album “Bad Girls”, Donna Summer left Casablanca Records to become the first Artist signed to the new Geffen Records label. • The fourth album released for the label was 1987’s “ALL SYSTEMS GO”, was recorded in both Los Angeles and Munich and was predominantly produced by long-term Giorgio Moroder collaborator and movie soundtrack composer, Harold Faltermeyer, giving the album a slightly harder-edged, FM-radio friendly sound with a heavier R&B influence. • Out of the two further tracks recorded for the album, ‘Dinner With Gershwin’, which was produced by Richard Perry and written by Brenda Russell, gave the album that desired FMradio sound, with the single becoming a worldwide hit reaching #13 in the UK singles chart. Other singles include ‘Only The Fool Survives’, a duet with Starship’s lead-singer Mickey Thomas and the album’s title track ‘All Systems Go’. • This special edition revisits the original album on 180g Orange Colour vinyl.