Corrs Forgiven But Not Forgotten LP 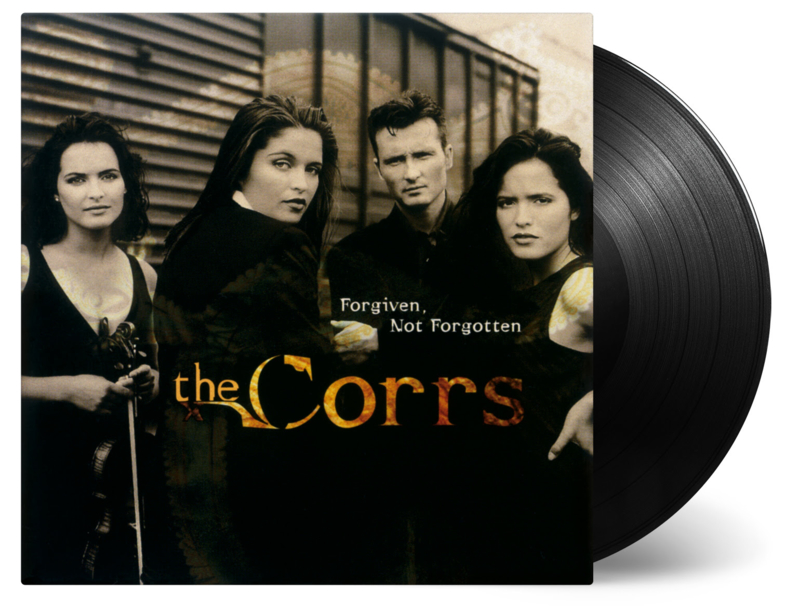 The Corrs are the most successful family band from Ireland compromising three sisters and one brother. They blend contemporary pop rock elements with themes from their traditional Irish background within their music. The Corrs have released six studio albums and numerous singles, which have reached Platinum in many countries, and have sold 40 million albums worldwide.

Forgiven, Not Forgotten is the debut album by The Corrs. The album was primarily produced by David Foster, with additional production by Jim Corr. It became internationally popular, but nowhere more so than their homeland, where the LP’s four-times-platinum status made it one of the most popular debuts by an Irish group.

The traditional Irish instruments like the bodhran and tin whistle add a twist to the pop melodies of tracks like the title track and “The Right Time,” where they are allowed some solo time. The Irish musical background of the band members is most obviously heard in Sharon Corr’s violin work, used here more like a traditional Irish fiddle than a classical violin.

The album spawned five official single releases including “Forgiven Not Forgotten”, “Runaway”, “The Right Time”, “Love to Love You” and “Closer”.

The immense popular debut album by The Corrs is available on vinyl for the first time ever!