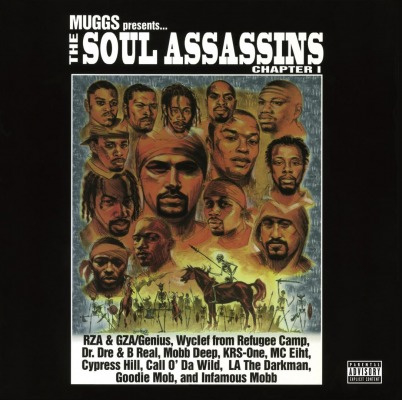 The Muggs Presents The Soul Assassins (Chapter 1) album was originally released in 1997 and is produced by DJ Muggs. It features tracks from a veritable 'who's who' list of rappers. Highlights of this diverse LP are "Puppet Master" by Dr. Dre & B Real, "Third World" by RZA/GZA & Genius plus the hidden gem, only to be found on the European release, "Runnin' Wild" from the LA Art Soul Assassins crew.

The apocalyptic grooves on Muggs Presents The Soul Assassins (Chapter 1) steal the show, while the street beats and stark lyrics bring an eerie trip-hop feel to the whole album.