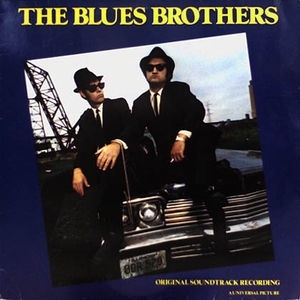 
Comic actors John Belushi and Dan Aykroyd rightfully get credit for exposing many people to the music of Blues and R&B veterans. The soundtrack to their hugely successful musical comedy Blues Brothers was released on June 20, 1980 as the second album by the Blues Brothers Band, which also toured that year to promote the film.

The rollicking remake of the Spencer Davis Group’s “Gimme Some Lovin’” was a Billboard Top 20 hit, featuring an arrangement notable for the horn section that replaces Steve Winwood’s rumbling organ work. Ray Charles has a good time with “Shake a Tail Feather,” and he’s helped out by Jake and Elwood Blues (Belushi and Aykroyd, respectively). The cover of Solomon Burke’s “Everybody Needs Somebody to Love” is a lot of fun, thanks to the great overall rhythm and Elwood’s lightning-fast stage rap, while James Brown and the Reverend James Cleveland Choir provide a blast of gospel music on “Old Landmark.” Aretha Franklin’s “Think” is explosive, and Cab Calloway’s “Minnie the Moocher” is slyly irresistible.