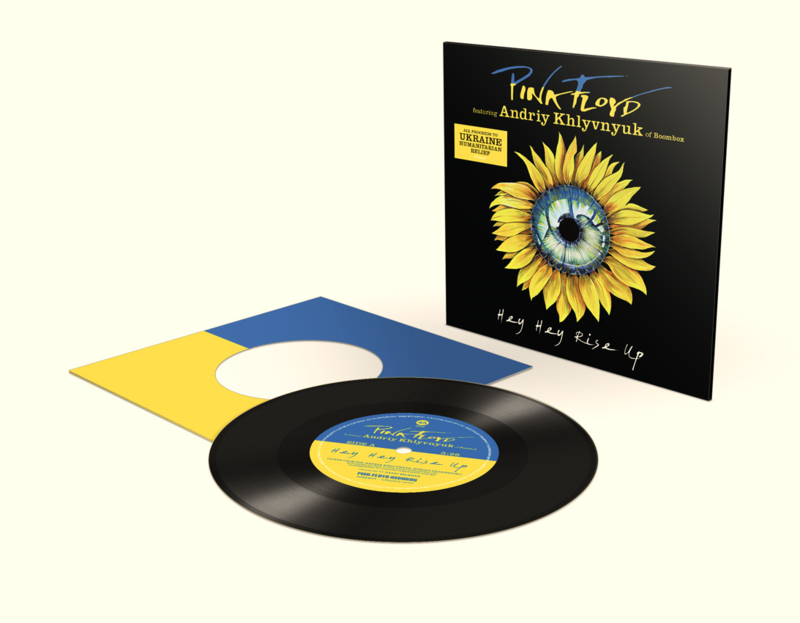 Following up from the digital release of Pink Floyd’s single ‘Hey Hey Rise Up’, we will be announcing the release of 2 physical versions this Thursday, June 23rd, at 2 p.m. UK / 3 p.m. CET.

The single, which was initially released digitally in April in support of the people of Ukraine and was #1 in 29 countries, will be available on 7” and CD single. Both formats will also feature a newly reworked version of ‘A Great Day For Freedom’ from the band’s 1994 album, The Division Bell. The track sees David Gilmour and Nick Mason joined by long time Pink Floyd bass player Guy Pratt, with Nitin Sawhney on keyboards and a lead vocal by Andriy Khlyvnyuk of Ukrainian band Boombox. It also has vocal harmonies by Romany and David Gilmour