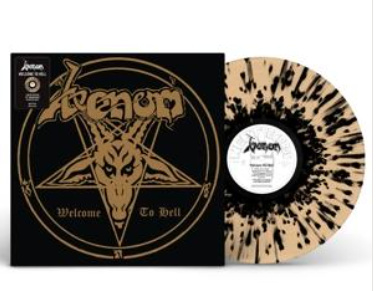 Welcome to Hell is the debut studio album by English metal band Venom. It was released in December 1981, through Neat Records, at the culmination of the New Wave of British Heavy Metal movement. The music of Welcome to Hell is often described as speed metal, but it had a great influence on the then-emerging thrash metal style, and crystallized the elements of what later became known as death metal and black metal and has been a huge influence on extreme metal as a whole, the band being the pioneers of the genre. This 40th anniversary, limited edition splatter vinyl version comes in an embossed sleeve, with a reproduction of the original lyric bag and poster.