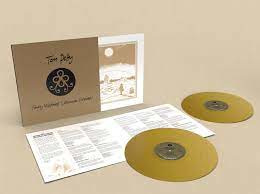 Finding Wildflowers (Alternate Versions) contains alternate takes from Tom Petty’s original Wildflowers album. The 16 tracks were previously released on the 9 LP and 5 CD super-deluxe formats of Wildflowers & All the Rest last year, but have not been previously available on streaming platforms.

Finding Wildflowers (Alternate Versions) will be announced on Thursday, March 4th at 7am PT / 10am ET with the album pre-order launch and the release of a Petty original song, “You Saw Me Comin’”, which is making its digital debut alongside the release of an official video.