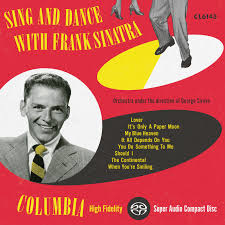 (*) These recordings have been restored and remastered from a recently discovered, first-generation MASTER tape from the original sessions, and offer sound that is superior to all previous issues.

Please Note: Due to additional time afforded by the SACD/CD format, this version contains material not included on the 33-RPM vinyl edition.