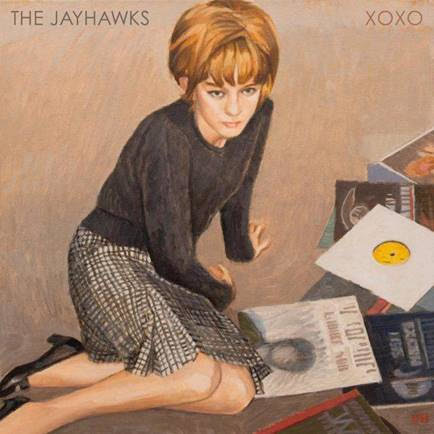 Indie Only on White Vinul

May 12, 2020 – The Jayhawks have shared “ This Forgotten Town ”, the opening song on the band’s new album, XOXO , which releases July 10 via Sham/ Thirty Tigers . Written jointly by Marc Perlman and Gary Louris, “This Forgotten Town” finds Louris trading off lead vocals with Tim O’Reagan as Karen Grotberg joins in on harmonies, setting the stage for the band’s most collaborative album to date. XOXO is The Jayhawks’ most diverse and wide-ranging collection of songs, marking a new era for the beloved band. For the first time, the album includes lead vocal and songwriting contributions from all four members – Louris, Perlman, Grotberg and O’Reagan – bringing a new energy and confidence to The Jayhawks’ signature harmonies and infectious melodies. The group’s camaraderie is at the heart and soul of this release, showcasing an unrelenting ability to evolve while staying true to their authentic sound. XOXO is the product of a group more inspired and more itself than ever before, and reminds us why The Jayhawks have remained such an influential and respected band for over 30 years. The Jayhawks have continued their success since returning to the core members from the late-90’s lineup, releasing Paging Mr. Proust in 2016 and Back Roads and Abandoned Motels in 2018 to widespread critical acclaim. The culmination of five years spent growing even more together, XOXO is a sonically and emotionally cohesive album that stands as a