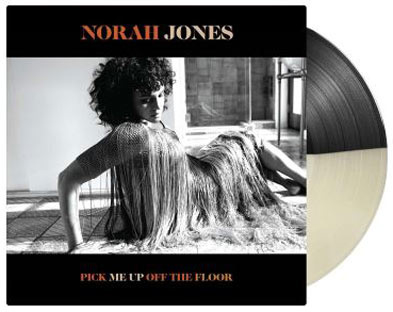 On June 12th, nine-time GRAMMY winning singer, songwriter, and pianist Norah Jones will release her seventh solo studio album Pick Me Up Off The Floor on Blue Note Records. The lead single “I’m Alive,” a collaboration with Wilco’s Jeff Tweedy, is out today. The song was co-written by Jones and Tweedy, produced by Tweedy, and features Jones on vocals and piano, Tweedy on electric guitar, acoustic guitar, and bass, and Spencer Tweedy on drums. Jones didn’t mean to make another album. After she finished touring 2016’s Day Breaks — her beloved return to piano-based jazz — she walked away from the well-worn album cycle grind and into an unfamiliar territory without boundaries: a series of short sessions with an ever-changing array of collaborators resulting in a diverse stream of singles (with Mavis Staples, Rodrigo Amarante, Thomas Bartlett, Tarriona Tank Ball, and more). But then slowly but surely, the session songs Jones hadn’t released congealed into that very thing she’d meant to avoid — an album. But Pick Me Up Off The Floor is not some disjointed collage. It holds together beautifully, connected by the sly groove of her piano trios, lyrics that confront loss and portend hope, and a heavy mood that leans into darkness before ultimately finding the light.