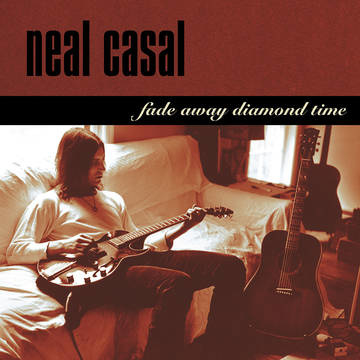 Neal Casal‘s debut record, Fade Away Diamond Time, was released in 1995 to much critical acclaim. Produced by Jim Scott (Wilco, Tom Petty, Johnny Cash) in a sprawling mansion in the hills of Santa Ynez, California, the album introduced the intimate songwriting and lyrical guitar work that would become the foundation of his career. In between recording and touring with other artists such as Beachwood Sparks, Vetiver, Fruit Bats, Lucinda Williams, The Jayhawks, Gin Wigmore and Rufus Wainwright, Casal managed to record multiple solo releases, including 1996’s Rain, Wind, and Speed and 1998’s Basement Dreams, both of which have recently been reissued with discs of bonus material by Fargo Records. MOJO recently wrote, “What made [Basement Dreams] so compelling was the tone, the simplicity and economy with which Casal approached each song and the naturalness with which he inhabits them… pieces of singer-songwriter perfection.”