The Weeknd After Hours 2LP 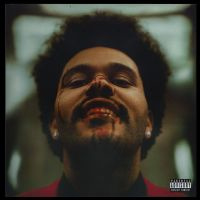 The new album was led by two singles, “Heartless,” which reached No. 1 on the Billboard Hot 100, and “Blinding Lights,” which was The Weeknd’s first U.K. chart-topping single. The two songs dropped within days of each other last fall, and both have an early ‘80s vibe, with vintage gated-drum sounds and echodrenched synthesizers. Both songs are also much more upbeat than the tracks on last year’s EP “My Dear Melancholy.” The Weeknd has been building up to the album’s release over the past few weeks, with live performances on The Late Show With Stephen Colbert and Jimmy Kimmel Live!.