BLIND WILLIE JOHNSON Dark Was The Night, Cold Was The Ground/It's Nobody's Fault But Mine 10" 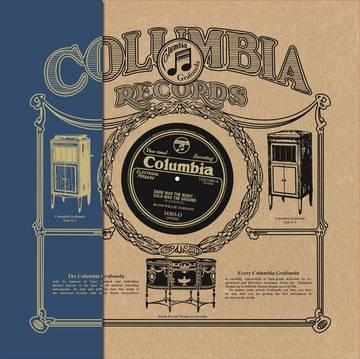 Blind Willie Johnson was the greatest and most popular guitar evangelist, and influenced generations of musicians. His unique, intense, emotional and haunting gruff voice—coupled with some of the finest slide-guitar of any of his peers—firmly established Johnson’s status as one of the premier gospel-blues artists of all time.

On December 3, 1927, in a temporary studio in the Deep Ellum district of Dallas, Johnson recorded six groundbreaking songs, including the iconic slide guitar classic, “Dark Was the Night, Cold Was the Ground.” Johnson’s haunting response to Christ’s crucifixion remains one of the masterpieces of American music. Ry Cooder described it as “the most soulful, transcendent piece in all American Music.”Jack White called it “the greatest example of slide guitar ever recorded.”

For RSD Black Friday 2019 Traffic Entertainment presents two of Johnson’s most iconic sides as a 78 RPM microgroove record housed in a glorious reproduction of the Columbia sleeve wrapped in a full color OBI with detailed liner notes.

A Side :
“Dark Was The Night, Cold Was The Ground”
B Side:
“It's Nobody's Fault But Mine”