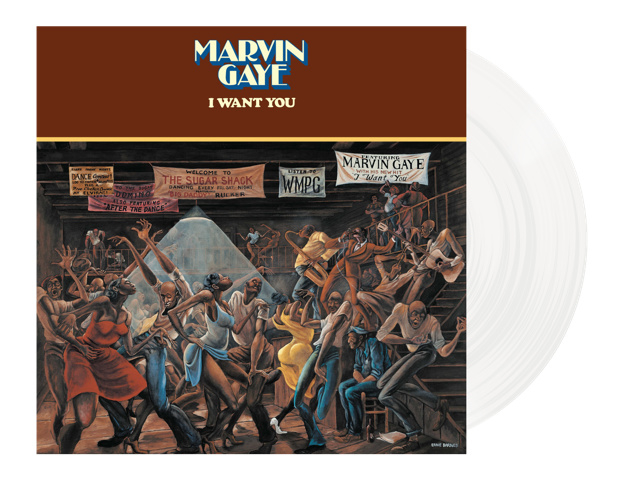 I Want You is Marvin Gaye’s fourteenth studio album and was released in 1976.

Following on from his highly successful album, Let’s Get It On, I Want You highlight’s Gaye’s move to a more funky, disco

soul sound. Songwriting was shared with Leon Ware who had found previous success writing hits for fellow Motown stablemates, including Michael Jackson and The Miracles.

I Want You sold over 1 million copies in the United States, thanks in a large part to the titular single which topped the Billboard Soul Singles chart and hit #15 on the Billboard Pop chart. It has been noted as being a huge influence on artists as diverse as Madonna and Robert Palmer.

2. Come Live With Me Angel

3. After The Dance (Instrumental)

4. Feel All My Love Inside

5. I Wanna Be Where You Are

7. All The Way Around

9. Soon I’ll Be Loving You Again