The Pixies Beneath the Eyrie LP - Coloured Vinyl- 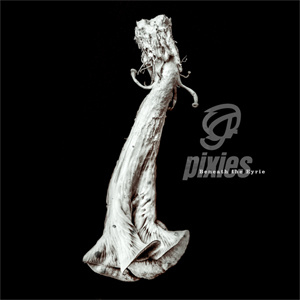 Visceral, musically cinematic, otherworldly but strangely familiar and a bit unsettling, welcome to Pixies' brand-new studio album, Beneath the Eyrie, where tales of witches, Daniel Boone, misfits and other characters fit utterly into the band's inherent weirdness. Boasting 12 new songs, the album will be released via the group's new record label, Infectious/BMG, and available in a wide variety of packages.

Beneath the Eyrie, produced by GRAMMY-nominated Tom Dalgety (Ghost, Royal Blood, Pixies' Head Carrier), was written over the course of 2018 and recorded last December at Dreamland Recordings near Woodstock, NY. While taking a break outside the studio - originally St. John's Church built in 1896 - Lovering spotted an eagles nest - or "eyrie" - right above the studio in a tree. Hence the album's title, Beneath the Eyrie.