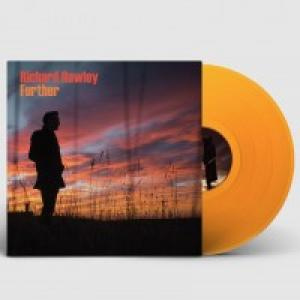 Sheffield’s own Richard Hawley (Pulp) is set to release new album ‘Further’ on May 31st. The songwriter’s eighth studio album is a break with the past, his first for BMG and his first not to be named after a Sheffield landmark. Still largely constructed in the Steel City, Richard Hawley was aided by co-producers Colin Elliot and Shez Sheridan. “I really wanted to challenge myself to try to keep things relatively up-tempo and keep the songs to about three minutes long,” Hawley says openly, “I was asking myself ‘Can you get
your message across like a bullet? Can you still do that?’ It’s quite a tough question to ask.” The songwriter is on crunching form with new single ‘Off My Mind’, a biting new offering thatrepresents the first blast from his new album.