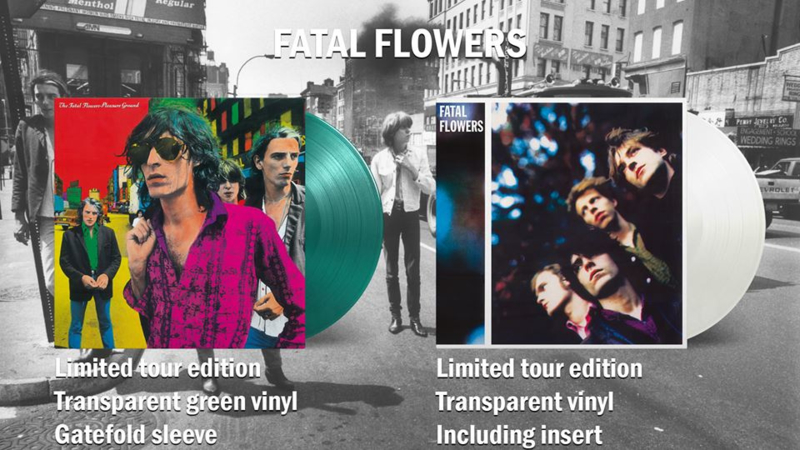 In celebration of Fatal Flowers upcoming reunion tour (may/june) we’re releasing a special edition of their album Younger Days. The line-up of their second album consisted of Richard Janssen, Marco Braam, Henk Jonkers, and Dirk Heuff, who had just replaced Erwin Wolters on guitar. Their discipline and hard work resulted in a repertoire of catchy rock songs, which offers the blueprint for the band’s creativity. Their uptempo songs are to the point and remarkable for the strong melodies. New wave and classic rock are placed at the right moments on the album. The Amsterdam blues rock band Fatal Flowers delivered some of their best albums during the 1980s. They can be seen as one of the most impressive Dutch export products from the decade. Unique by the kind of blues and rock riffs, which set them apart from the punk and new wave bands of that time. Available as a limited edition of 300 individually numbered copies on transparent vinyl. The package contains an insert.