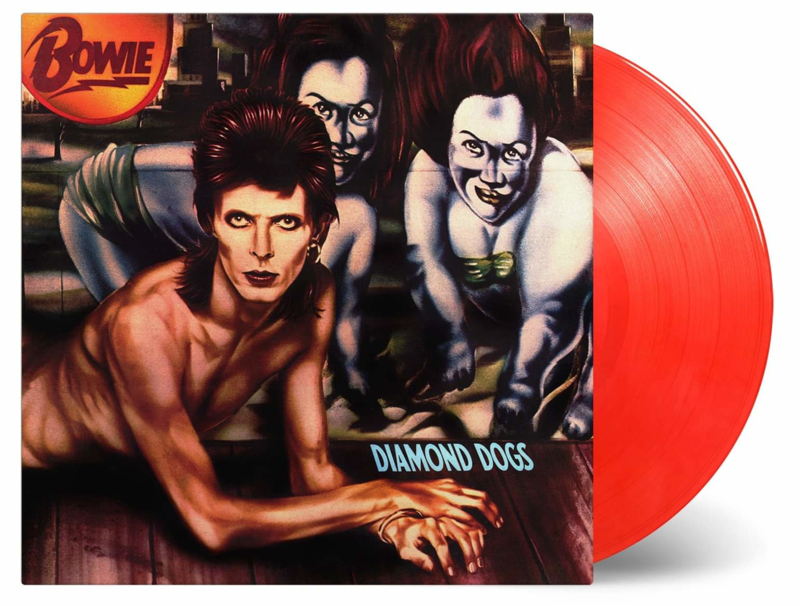 On 24th May 2019, 45 years to the day since its original release date, David Bowie’s Diamond Dogs will be reissued by Parlophone in a 'one-run-only' red vinyl edition featuring the 2016 remaster. This strictly limited pressing will only be available at ‘bricks and mortar’ retail outlets and not through online stores.

In celebration of the 45th anniversary of Diamond Dogs, there will also be a 1-track digital single of the original single mix of Rebel Rebel.

The original single mix of Rebel Rebel featured on the 2016 boxset 'Who Can I Be Now?’ was taken from a pristine copy of a 45rpm vinyl single from the time. The original tape (which had been missing since the mid-1970s), has now been discovered and remastered for this special one-track digital single.

Preceding the album by more than three months, Rebel Rebel peaked at #5 on the official UK singles chart. The original single mix was substituted by the shorter, ‘phased’ US single version in North America, featuring a new arrangement and overdubbed vocals. The album originally peaked at #1 on the official UK album chart and #5 on the Billboard album chart in the US.

Diamond Dogs is the latest in a series of 45th anniversary Bowie vinyl albums reissued over the last two years. Previous releases in the series have included gold vinyl versions of Hunky Dory and The Rise And Fall Of Ziggy Stardust And The Spiders From Mars, plus a silver vinyl release of Aladdin Sane.