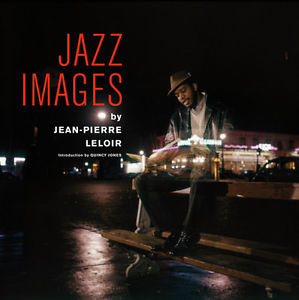 French photographer Jean-Pierre Leloir (1931-2010) captured some of the most iconic images of jazz life in France from the 1950s to the 1960s. This book gives ample proof of Leloir’s amazing ability to immortalize performers and to capture candid moments at the airport, backstage, and in the dressing rooms of the most legendary Paris jazz and concert venues.