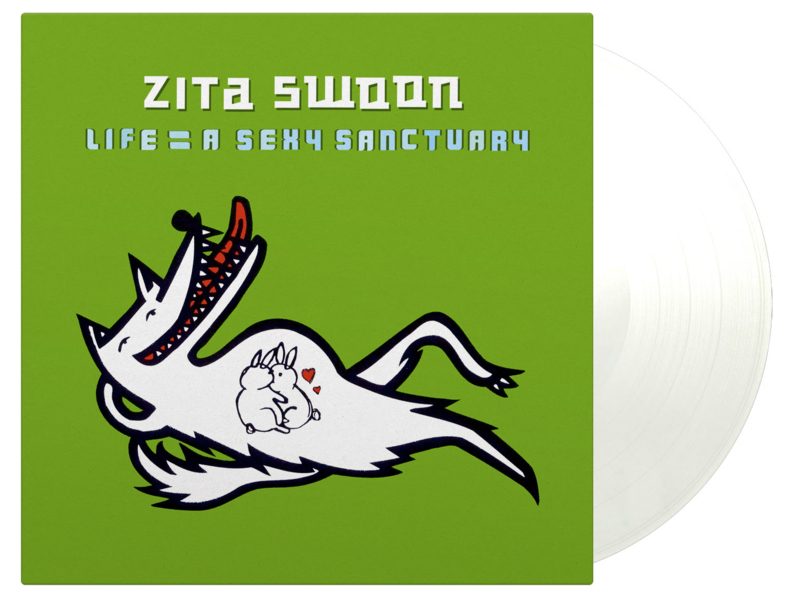 Ever since the Belgian rock band Zita Swoon released their debut album Everyday I Wear a Greasy Black Feather on My Hat ( under the name Moondog jr.) they became known as a big name in the Belgian music Industry. With the third album Life = a Sexy Sanctuary they were growing bigger and changed their music to a more poppy approach. The melodrama voice of lead singer Stef Kamil Carlens creates the emotions for the melodic sounds. Some of the songs are created around their danceable disco tunes, like “Hot Hotter Hottest” and “The Bananaqueen”. Pure beauty can be found in a song like “Moving through life as prey”.

Even after 20 years Zita Swoon can still be seen as one of the strongest export products from the Belgium music scene. They released some successful albums during the years and are still active both in the studio as on stage.

Life = a Sexy Sanctuary is available as a limited edition of 750 individually numbered copies on white vinyl.