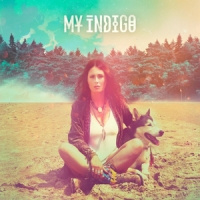 My Indigo is the solo project of singer Sharon den Adel, also known as the lead singer of Within Temptation. My Indigo is the beautiful and raw result of two years of retreat, healing and
exploration. It was her opportunity to get out of the limelight and come to terms with hardships in her personal life, and take a break from the strain of touring the world. As the female front of Within Temptation she amassed over more than half a billion YouTube views and gained a multimillion selling physical track record. The last time Sharon released music outside
of Within Temptation, she collaborated with DJ Armin van Buuren on his international hit song “In And Out Of Love”.