Raiders Of The Lost Ark 2LP 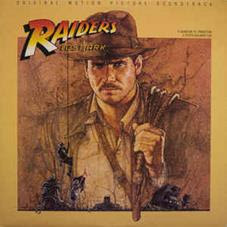 Concord & USM are excited to announce the multi-format vinyl reissue of one of the greatest soundtracks in cinematic history, the score to Raiders of the Lost Ark, coming on 180-gram heavyweight black vinyl August 11th 2017. Composed by John Williams, the score for Raiders of the Lost Ark was the only score in the series performed by the London Symphony Orchestra, the same orchestra that performed the scores for the Star Wars saga. The score is most notable for its inclusion of the iconic and now ubiquitous "Raiders March,” which came to symbolize Indiana Jones and was later used in the scores for all subsequent films.  Housed in a two-pocket gatefold jacket, this updated two-LP vinyl edition of the Grammy-nominated Raiders of the Lost Ark soundtrack faithfully mirrors the 2008 expanded edition and includes original stills and artwork from the film. Pressed on 2 x 180-gram Black Vinyl LPs.