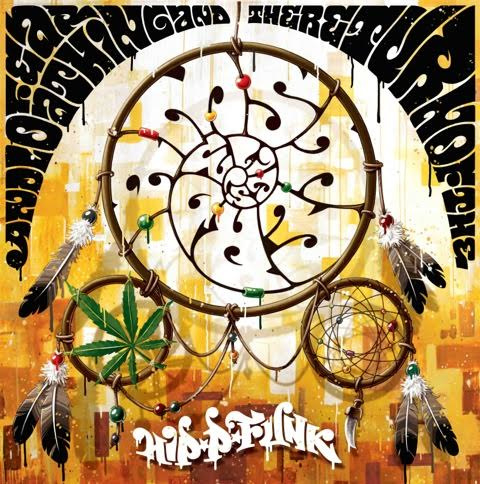 Many, many moons ago, The Funk was alive in the hearts of men and women. It was a time to be cherished. The Universe was young and vibrant, and The Funk was its way of communicating, across thousands and thousands of lightyears.

But mankind was too easily distracted, she became fickle and forgetful. The Path, that is The Funk, was abandoned.

Until this day. For it is today that we retrieve what was lost, gain what was destroyed, today, we lovingly embrace what was taken away by neglect.

Today we say: “We Want The Funk! We want it because it’s ours, as it always was!”

Today we reconnect to the universe, and we shall hear its voice, amplified by light.

Ladies and gentlemen, it is time. Time for a resurrection.

Time to build a new tradition, set on the ancient stones of the old. It is time for Fear and Loathing and the Return of the Amsterdelics.

Hip-P-Funk is The Word, and The Word means P-Funk, Reggae and Psychedelics, the Holy Trinity. But most of all it means business. So mankind will again have command over The Funk, and thus The Universe.