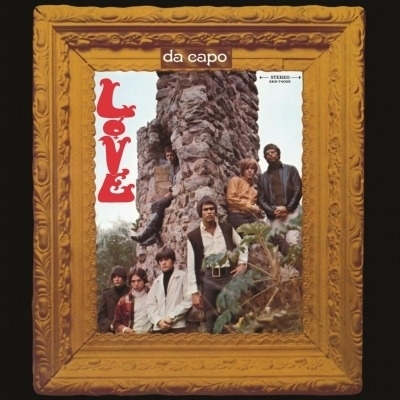 After releasing their eponymous debut album [MOVLP677], Love broadened their scope into psychedelia on their sophomore 1967 effort Da Capo.

The six songs that comprise the first side of this album are a truly classic body of work, highlighted by the atomic blast of their only hit single "Seven & Seven Is", the manic jazz tempos of "Stephanie Knows Who," and the enchanting "She Comes in Colors", perhaps Lee's best composition (and reportedly the inspiration for the Rolling Stones' "She's a Rainbow"). Closing the album is a 19-minute jam called "Revelation" that takes up the entire B-side of Da Capo.