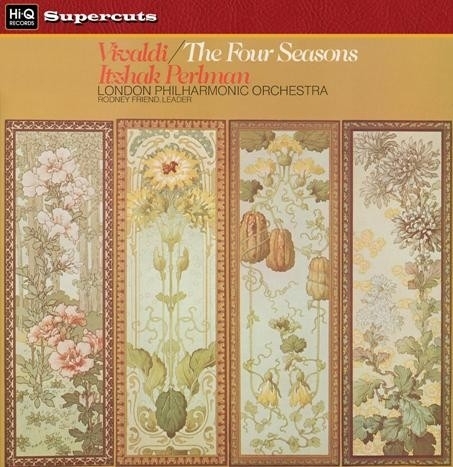 Itzhak Perlman (born August 31, 1945) is an Israeli-born violinist, conductor, and is regarded as one of the pre-eminent violinists of the 20th and early-21st centuries, renowned for his brilliant technique, direct interpretation and precision. He has appeared with every major orchestra in the world, showcasing his talent at music festivals, recitals, and concerts around the world.

§  In the original February 1976 review Edward Greenfield of the GRAMOPHONE wrote:

§  “Perlman... presents a personality performance, one which naturally brings out the individuality of his artistry. So the momentary hesitations in the bird noises have the finesse of a great artist to make them more compelling, and on balance Perlman’s style of phrasing is a degree freer and more overtly expressive than Galway’s [version for flute], except that for a movement like the central Adagio of “Summer” he adopts a deliberately simple style, stilling his vibrato. There is flair too in the quirky contrasts between the alternating sections of the first movement of that concerto, and generally contrasts of all kinds are heightened. The LPO strings play with great refinement, and with a rather more intimate acoustic than to the other versions, the result is both in scale and sharply defined...”